Rice | Born and Cultivated in a Rice-Growing History Rice has sustained the lives of the Japanese people and nurtured them into what they are today, ever since rice farming was introduced from China. Including the latter half of the Jomon period, rice cultivation in Japan has had a long history of more than 2,500 years. Paddy rice is suited to the Japanese climate. A single grain of seed rice, when grown into maturity, can harvest more than a thousand grains: an astounding productivity of thousand times its original form. Therefore, in order to grow their main culinary staple, farmers carved rice fields on hillsides long ago to complement the limited flat farmland in the country. Each year, they offered prayers to the divine heaven and earth for a bountiful harvest. The Japanese toiled on the rice fields, feeling apprehension in a poor year or rewarded for a rich one.

Japan has been deeply and unceasingly bonded with rice growing year after year. Rice and the Japnaese are inseparable. It is not that rice farming was the product of Japanese culture, so to speak, but ultimately that rice was the very beginning of what it is.

Terraced rice paddies called tanada still exist in the landscapes of today’s Japan. They are said to have historically played an important role in water retention and flood control. Stalks of dried rice plants left after harvesting paddies are made into straw bundles. Traditionally, they were used for a variety of tools, such as braided bags and wrappers to contain food, including rice and eggs, mino (straw coats) to cover one against snow and rain, waraji (straw sandals) to protect one’s feet, shimekazari (woven straw wreaths) or and shimenawa (straw ropes), that are both symbols of purity to ward off any evil. Ears of rice before harvest

Rice is the main crop in East Asia. Traditionally, the Japanese have preferred sticky short-grain rice to other varieties. When cooked, this type of rice becomes glossy and sticky. Some steaming rice put into one’s mouth with chopsticks has a moist chewy texture that is also soft and elastic. As one chews, it gets slightly sweeter. The Japanese believe every grain of rice is inhabited by seven gods. 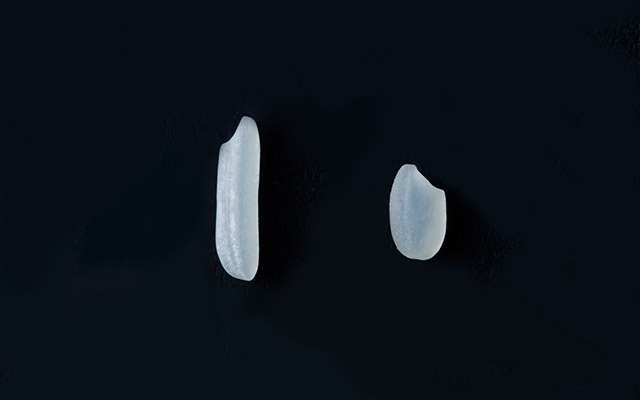 Polished rice becomes meshi, cooked rice, when boiled with water. In times past, when the rice yield harvest fluctuated year by year, meshi cooked with milled rice was quite valuable, and was called ginshari which literally means “silver rice.” Rice used to be cooked on a kamado, a built-in stove using firewood. Today, the use of an automated rice cooker is common when cooking rice in households. As well as just having plain white rice, there are a variety of recipes and ways to cook rice, including sekihan, glutinous rice steamed with red adzuki beans, or kuri-okowa, steamed with chestnut. In Japanese cuisine, meshi is typically served in a bowl, held in the left hand, and eaten alternating between the main dish, the side dish and itself. On the other hand, donmono is a one-dish meal in which a domburi-bachi, a bowl larger than a regular rice bowl, is filled with meshi and topped with main-dish ingredients. There is a wide variety of donburi dishes such as ikura-don (salmon roe), una-don (eel), katsu-don (fried cutlet), uni-don (sea urchin), and gyu-don (beef), which are all popular. Japanese rice cakes called mochi are made from pounding steamed sticky mochi-gome or glutinous rice. It is a festive food indispensable to rituals, sacred rites, and special days. Zouni is a soup meal with mochi served in a lacquer bowl on New Year’s Day. The traditional mochi making involves pounding steamed glutinous rice with a wooden mallet (kine) inside a mortar (usu). Various kinds of mochi include maru-mochi (round), kaku-mochi (square), and mame-mochi (beans), all of which are made to be eaten. Prepared for New Year offerings to the gods, kagami-mochi are mirror-shaped rice cakes that are piled on top of each other in order of size. 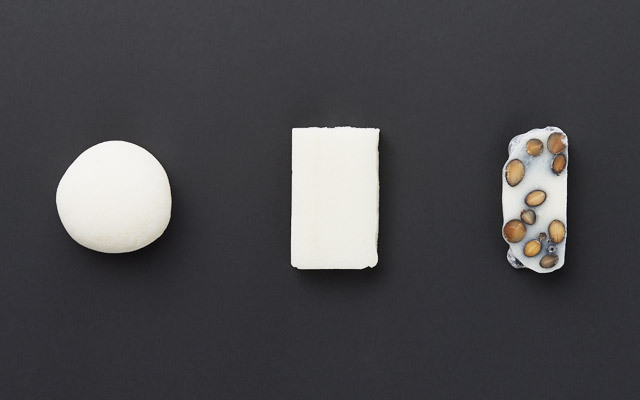 Nigirizushi, hand-formed, bite-sized balls of vinegared sushi rice topped with neta (the word for sushi topping) such as sashimi (sliced raw fish or seafood), have gained popularity globally. Nigirizushi varies in its price and quality, depending on the choice of neta, and the necessary preparation and techniques. Sushi styles besides nigiri include chirashi, sushi rice mixed with a variety of ingredients, maki, rolled sushi wrapped in nori (toasted seaweed), inari, deep-fried tofu filled with sushi rice, and oshizushi, box-molded sushi rice made with marinated fish.