Ceramics | Beauty that comes from Clay, Fire, and Artisanal Skills Japan has the world's longest history of making pottery by firing clay. The earliest clay-fired pieces date back to Jomon period created 16,000 years ago. They were made by kneading and shaping clay, and then solidified by firing for enhanced durability. Through this process, one can see potters' ingenuity and artisanal skills as well as the evolving sense of beauty and value attached to pottery. Find out below the variations of Japanese pottery and its beauty by looking at different schools or styles: the six ancient kilns, or Rokkoyo, typical of unglazed pottery originating from earthenware; the colorful and decorative Arita-yaki and Kutani-yaki, refined by Chinese and Korean influences; Raku-yaki and Oribe-yaki, along with the Rinpa school of pottery, based on the wabi aesthetic and minimalism from the late Muromachi period. Modern works include folk-style, utilitarian pottery developed by Shoji Hamada and Kanjiro Kawai, praised for their practical elegance. More contemporary Japanese ceramic works are represented here as well, focusing on Koichi Uchida, Masanobu Ando, and Taizo Kuroda.

Rokkoyo refers to six ancient kilns uniquely developed from the oldest earthenware traditions in Japan, operating from the Middle Ages until now: Seto-yaki, Tokoname-yaki, Echizen-yaki, Shigaraki-yaki, Tamba-Tachikui-yaki, and Bizen-yaki. The Rokkoyo are differentiated from kilns established in modern times, which were influenced by the techniques of people coming from the Korean Peninsula and China, or those called toraijin. Essentially, Rokkoyo is genuine Japanese pottery that was born and developed in Japan. 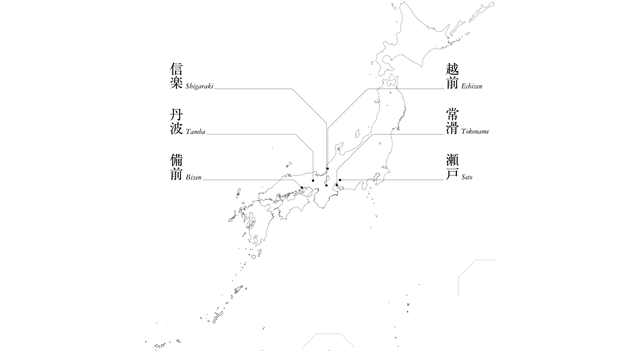 Bizen-yaki is unglazed, high-fired stoneware with the natural beauty of clay. It involves a "natural glaze" effect, where wood ash, in the place of glaze, fuses onto the pots during firing. Organic markings appear as the ash melts into a crude texture on the pot's surface. The subdued colors of Bizen-yaki add profound depth imbued with quiet elegance. The appearance is clearly distinct from other pottery and porcelain, furnished with eye-catching ceramic painting and brilliant colors influenced by techniques from all across Asia. 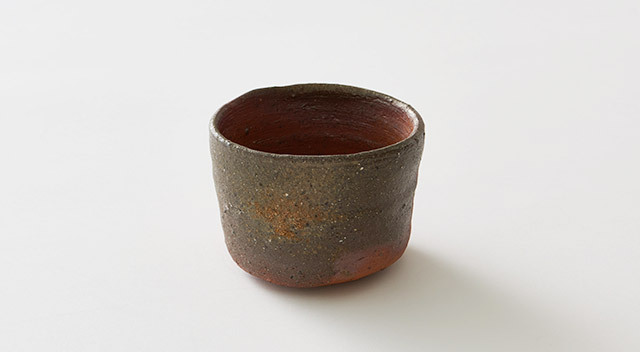 In the second half of the 16th century, in stark contrast to the gruesome wars of the era, the warring lords (daimyo) of the Sengoku period devoted themselves to the tea ceremony called Cha-no-yu and often indulged in the beauty of pottery. With the recommendations by Sen-no-Rikyū, these daimyos held Korean pottery in high esteem. Under the patronage of daimyos, Korean potters flourished throughout Japan. Karatsu-yaki, patroned by the daimyo Kuroda and Hosokawa, and Hagi-yaki, patroned by the daimyo Mori, are the two typical examples of that period. 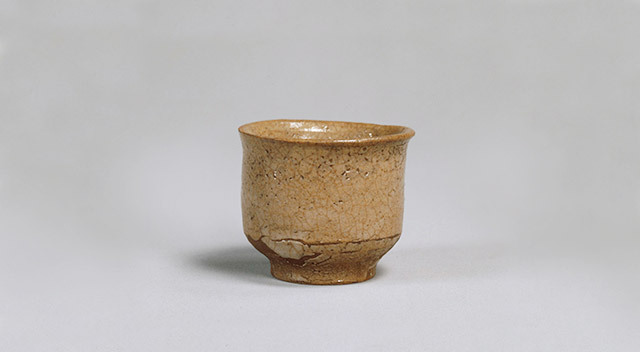 Porcelain was first produced in Japan when a deposit of porcelain stones was discovered in Arita in the early 17th century. Arita-yaki was also called Imari-yaki because products were shipped from the port of Imari at the time. The early style of Arita porcelain was predominantly a simple cobalt blue design. Ornamental colors and decorative patterns going beyond conventional styles were later introduced, reflecting the mastery of the meticulous motifs preferred in Chinese products and refining for export to fit foreign tastes. Nabeshima-yaki and Kutani-yaki from Kaga, are derived from the same artistic techniques as Arita-yaki. In comparison to China and Korea, simplicity and irregularity are some of the distinctive features found in Japanese pottery and porcelain. As noble offerings to the Emperor, Chinese ceramics were oriented towards being delicate and refined. In contrast, the Japanese are more likely to find beauty in the crude roughness of hand-molded items complete with accidental deformations from the firing process. After the Onin War in the middle of the 16th century, modesty and wabi, or refined taste for simplicity, became part of the aesthetic bedrock upon which Japanese pottery and porcelain were developed thereafter.

In modern times, the concept of mingei (folk crafts) was expounded by Soetsu Yanagi, who highlighted the beauty of obscurity by which everyday utensils are crafted by unknown artists. This approach has affected craftsmanship in various domains, including pottery and porcelain work. At the forefront, potters such as Shoji Hamada, Kanjiro Kawai, and Bernard Leach captured the attention of many with their embodiments of Yanagi's philosophy of folk crafts in their work. Running contrary to expressive embellishment, the essence of practical items—their functionality—is conveyed by their natural appearance. Manufactured products have their own beauty, although they are undeniably different from one-of-a-kind pieces made by potters. Mass-produced everyday utensils such as rice bowls, tea pots, and soy sauce pots maintain a high degree of perfection in terms of functionality and usability with consistent quality. Even the most typical tableware for Japanese cuisine tend to be created in the pursuit of high quality, although by means of mass production. 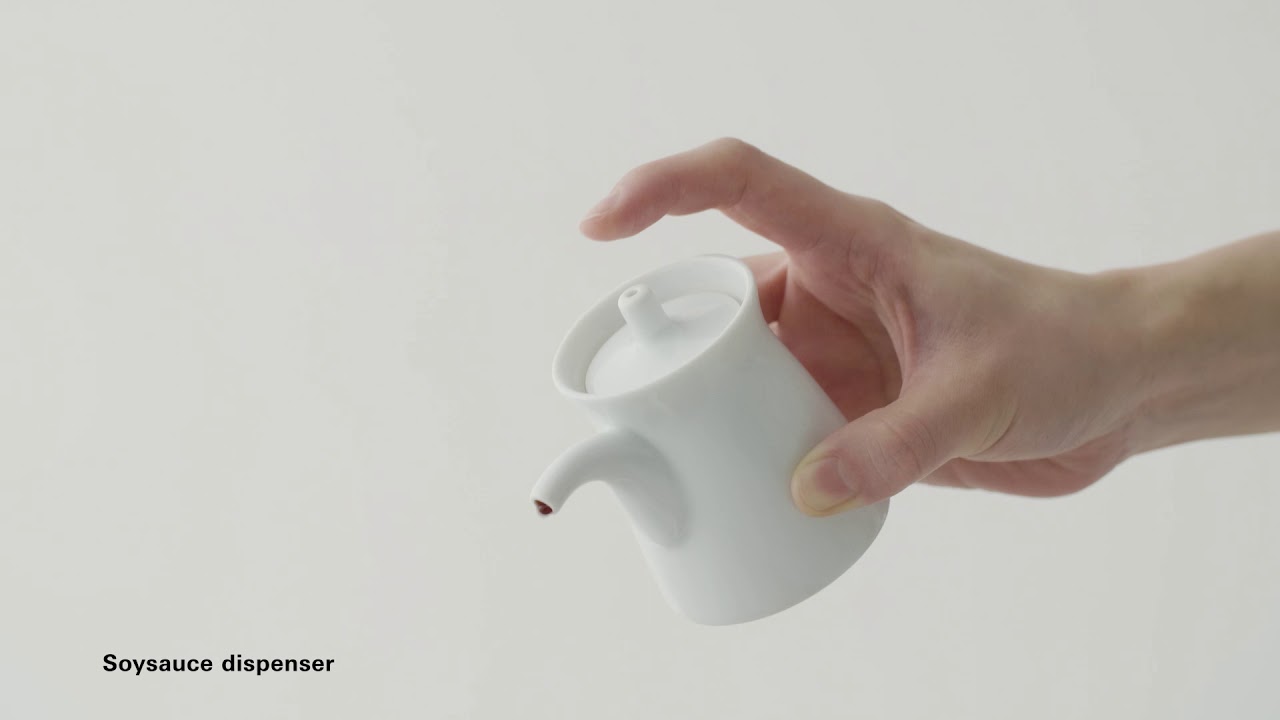 Some ceramic artists break new ground in Japanese ceramics by comparing Japanese traditions and lending cross-cultural insights into their crafts. Discover the works of three such ceramic artists: Taizo Kuroda, who first learned ceramics in Canada and continues his creative pursuits in Japan, Koichi Uchida, who explores his unique style using different kinds of clay and techniques he has come across during his travels around the world, and finally, Masanobu Ando, who started creating ceramics upon his return from India where he studied Tibetan Buddhism. 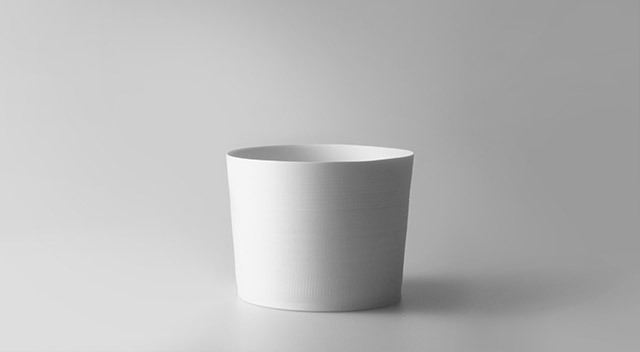