Dogs have been familiar to the Japanese since ancient times. Dog bones dating back to the Jomon period have been found buried with the same care as humans, and clay figures of dogs with collars have been discovered at archeological sites from the Kofun period. These excavations show that dogs enjoyed a special relationship with the Japanese, as both hunting partners and life companions.

Dogs appear in Heian period literature such as The Pillow Book and The Tale of Genji, depicted roaming about freely. In the subsequent Kamakura period, foreign dogs were highly valued as hounds for falconry. The Edo period saw many pre-eminent painters of the time depict charming puppies, and stories in which dogs were anthropomorphized became popular. Even today, advertising and fiction feature many anthropomorphic dogs. Both in the past and present, dogs have been creatures dear to the Japanese.

The term "Nihon-ken" ("Japanese dog") refers to six dog breeds native to Japan – Akita, Kai Ken, Kishu, Shiba Inu, Shikoku and Hokkaido – which are designated National Treasures. Since most of these Nihon-ken are descended from hounds for hunting birds and animals, they are highly athletic and brave; they are also known to be loyal to those they acknowledge to be their masters. Although these dogs are not easy for everyone to keep, it is possible to forge strong connections with them. Dogs have also had spiritual ties to humanity, often becoming the object of worship. For example, the komainu, paired statues commonly found at the entrances of shrines and temples, are not technically dogs, but they are magisterial versions of the animal that has played a key role as hounds in humanity's dealings with the external world. Dogs are also associated with fertility and easy birth, and so there are various dog-related charms from across the country, such as the inu-hariko, an amulet for a safe birth. 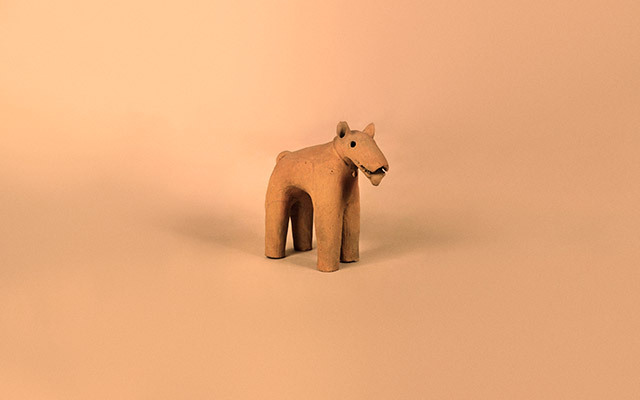 The most well-known dog in Japan is probably Hachiko, which has its very own bronze statue by Shibuya Station, and whose story has even been adapted in feature films. There are also many other stories about loyal dogs from around Japan. Dogs such as Fukushima's "Okage Inu," which made a pilgrimage to Ise Grand Shrine on his master's behalf, and Shizuoka's "Shippei Taro," which saved villagers from a monster, have been locally commemorated with statues. In fact, there are said to be more than sixty stories and statues of such loyal dogs in Japan. Some of the foremost painters of the Edo period, such as Ito Jakuchu, Tawaraya Sotatsu and Yosa Buson, were inspired by dogs and frequently used them as subject matter in their work. Notable among them is Maruyama Okyo, whose paintings captured puppies in all their adorable innocence, with roly-poly figures and guileless expressions, and in winsome poses. They were known as "Okyo's Puppies," and have captivated people at home and abroad since the Edo period to our present day. The Year of the Dog

2018 is the Year of the Dog, an event that comes around every twelve years. In Japan, New Year's greeting cards tend to feature designs with motifs based on the zodiac animal of that year. Here we present some designs sent in by creatives to the paper merchant Takeo. We hope you enjoy these diverse artistic expressions on the theme of the dog. 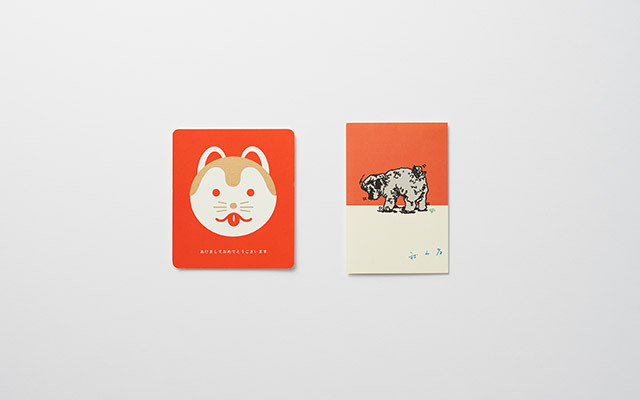 The Life of Dogs Today

Browsing Instagram and other social media, we get a glimpse of how dogs live in Japan today. According to a survey conducted by the Japan Pet Food Association, the number of domestic cats surpassed domestic dogs for the first time in the survey's history in 2017. However, dogs remain highly popular, and approximately nine million dogs live in homes around the country. The Architecture for Dogs project was launched in 2012 with the aim of improving both canine and human welfare. It seeks to reassess architecture from the perspective of dogs to unlock new architectural possibilities. Architectural blueprints for dogs by thirteen designers and architects are available for free download on its official website, along with photographs and video clips. 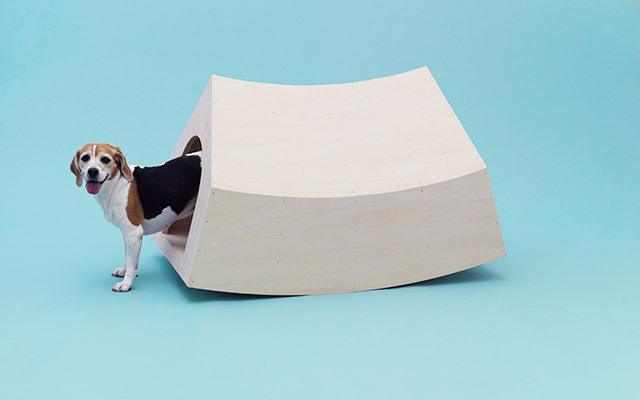