Going for Gold |
Japanese Olympic Design on the World Stage

Everyone knows the Olympics are about the beauty of sport, and celebrating the creativity, drive, and excellence of athletes around the world. But what many don’t realize is that art and design have always been an integral part of the games in often surprising ways. This tradition was already in full force in the lead-up to the Tokyo Olympic Games in Summer 2020, and though the games were postponed until 2021, art and design still play a key role. What makes the Olympics such an intersection of sport and style?

The modern Olympic Games began in Athens in 1896, championed by Baron Pierre de Coubertin (who had founded the IOC, or International Olympic Committee, two years prior). From the start, Coubertin sought to include the arts in the Olympics, as he saw it as part of his mission to reunite the two realms of “Muscle and Mind”. Reflecting this vision, from 1912 to 1948 the Olympics saw various art forms treated as competitions with medals awarded for athletic-themed works in categories of architecture, literature, music, sculpture, and painting (which was later expanded to include drawing, prints, and graphic arts). By the 1950s, however, the competition was discontinued as the games evolved, but art and design lived on through Olympic logos, mascots, poster designs, uniforms, Olympic stadium architecture, and of course, the ever-burning Olympic torch.

In the summer of 1964, the first Tokyo Olympics were an important turning point for the world to see how graphic design could shape the identity of the event, and of the hosting city itself. As the first Olympic games to be held in an Asian capital, the stakes were high to create not only a memorable logo, but a wide variety of other design elements. Led by design critic Masaru Katsumi, the ’64 design team assembled prominent top talent of the day like Yusaku Kamekura, Hiromu Hara, Takashi Kono and Sori Yanagi to craft indelible imagery for posters, medals, uniforms, and even street sign wayfinding systems to make Tokyo more navigable for foreign visitors (and served a double-purpose as tourism-boosters for years to come). One of the legacies of the 1964 games are the minimalist black-and-white pictograms symbolizing the different sports; these became iconic and have been adapted for every Olympics since. In preparation for Tokyo 2020, the first-ever animated pictograms were created by a team led by graphic designer Masaaki Hiromura. These 50 kinetic sports pictograms representing 33 Olympic sports will be used in live events and digital and broadcast platforms, communicating the dynamism of each sport. From 2015 for the first time in history, the Olympic committee launched open competitions to select the official logo and mascot for Tokyo 2020. The winning logo designer, selected from international submissions by an official committee, was Asao Tokolo, whose unique checkerboard pattern in deep blue is inspired by both the ichimatsu moyo motif popularized in decorative arts during the Edo period, and indigo as a meaningful color in traditional art and textiles. With its fragmented yet harmonized rectangles, it is also meant to symbolize “unity through diversity” that the games embody. For the mascot, artist Ryo Taniguchi’s characters Miraitowa and Someity were chosen from an officially-selected shortlist by a voting body of nearly 6.5 million elementary school students in Japanese schools in Japan and abroad. Both characters illustrate a blend of tradition and futurism - Miraitowa, the Olympic mascot, has a head shaped like a samurai war helmet, while Someity the Paralympic mascot, is based on Japan’s iconic sakura (cherry blossoms), but both have superhero-type powers. The massively popular mascots are already traveling far and wide, with replicas sitting at the Level 5 library of JAPAN HOUSE Los Angeles where visitors have taken pictures with them. 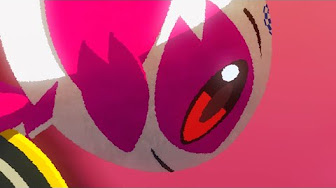 As another graphic element to spread excitement and anticipation for the games are the posters. Each year luminaries from the international art world are invited to submit official poster designs. Joining the likes of David Hockney, Roy Lichtenstein and Andy Warhol, the latest list for the Tokyo Olympics includes manga artist Naoki Urasawa (whose debut solo exhibition in North America was hosted at JAPAN HOUSE Los Angeles in 2019, drawing huge crowds), photographer Takashi Homma, collagist Shinro Ohtake, Turner Prize-winning British provocateur Chris Ofili, and other artists from home and abroad. In January 2020, the posters were unveiled at the Museum of Contemporary Art in Tokyo, and created buzz on social media (sometimes literally – Tomoko Konoike’s psychedelic design with a cat and bumblebee became a viral favorite).

Scaling to the city’s landscape, the renowned Kengo Kuma (architect of JAPAN HOUSE Sao Paolo) designed a new Japan National Stadium that will host the opening and closing ceremonies of the games as well as track and field competitions. After the games the Olympic stadium will be the home venue for Japan’s national soccer team. The stadium, completed in late 2019 in Shinjuku’s Meijijingu Gaien park, takes its inspiration from traditional Japanese architecture, particularly the pagoda of the Horyuji temple built near Nara in the 7th century. Kuma’s design features wood as a key construction material, with timber sourced from all 47 prefectures of the country, and a strategic design allowing natural air flow to avoid the reliance on air conditioning.

There is also an influence of tradition in the official Japan team uniform, designed by retailer Aoki and sportswear brand Asics, which will be worn by the Japanese Olympic and Paralympic athletes, as well as game officials. Uniforms draw on the colors of the national flag, and echo the 1964 team uniform with a key twist – red jackets and white pants are now white tops and red pants. The uniforms are groundbreaking for being gender neutral and for the first time ever, using the same design across the Olympic and Paralympic teams to reflect inclusivity.

Perhaps no other Olympic design element carries such symbolic weight as the torch, which needs to balance both form and function in keeping the flame aglow. Tokyo’s torch was designed by Tokujin Yoshioka in extruded aluminum, based on the classic torch shape but opening up to a sakura pattern of interlocking curves if seen from above. In memory of the Great East Japan earthquake and tsunami in 2011, the aluminum was taken from remnants of temporary housing that was built for survivors and represents the power of endurance and healing. As the torch travels through its many destinations before reaching the new National Stadium in time for the opening ceremonies next year, it will serve to spread the message of global connectivity and hope, even in the most uncertain times. Together, these designs help showcase the ways art and creativity can connect across boundaries, and spotlight new visions on the eve of this momentous world occasion. Everyone faces setbacks in their lives – even Olympic athletes. This panel discussion features three athletes at the top of their sports who share challenges they’ve faced on and off the field, give tips on how to persevere despite the obstacles, and reflect on how adversity can make us all stronger. Speakers include Apolo Ohno (former short track speed skater and 8-medal winning Olympian).

This program will offer updates on event planning and excitement leading up to the upcoming Olympic and Paralympic Games in Tokyo next summer and Los Angeles in 2028.