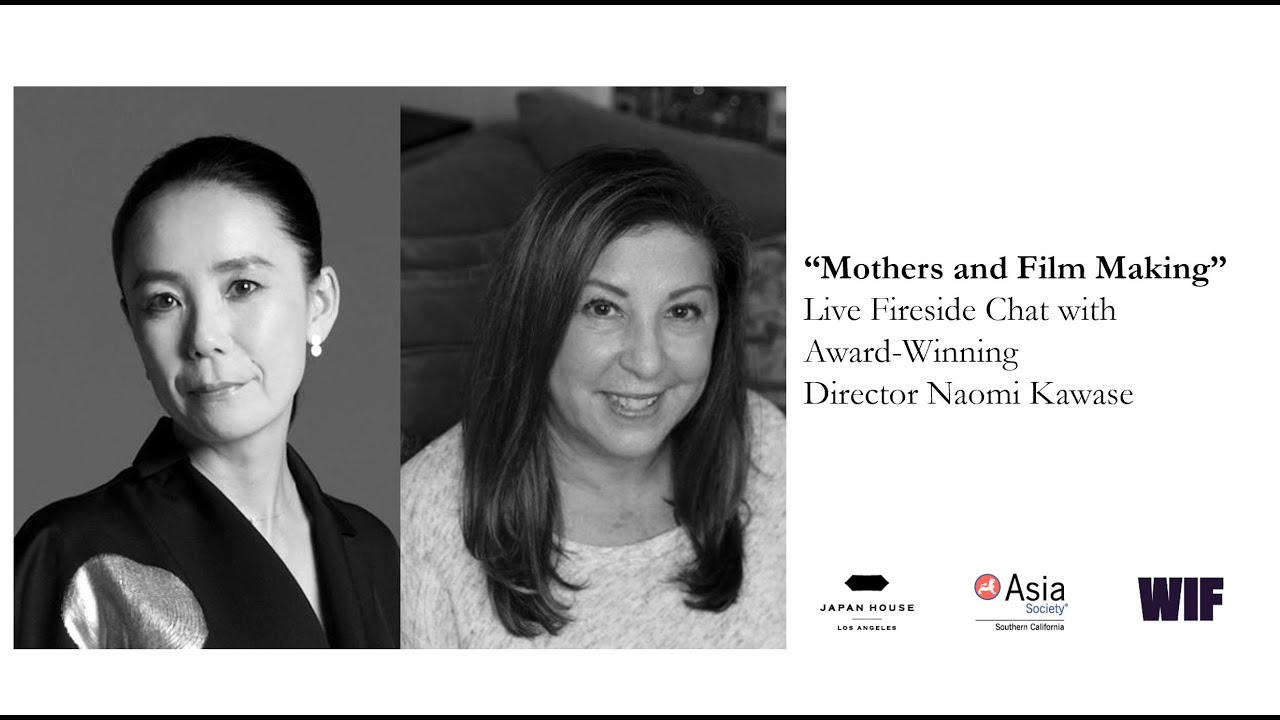 JAPAN HOUSE Los Angeles is honored to host a candid conversation with True Mothers award-winning Writer and Director Naomi Kawase, and Claudia Puig, President of the Los Angeles Film Critics Association. The live conversation with Kawase, who will join virtually from Japan, will introduce Kawase’s work on True Mothers where she will discuss the impact of her own personal background on the making of this film. Kawase and Puig will then explore the theme of “Mothers and Film Making.” True Mothers has received much acclaim and has been selected to represent Japan for 2021 Oscar consideration in the International Film category.

True Mothers holds special meaning to Kawase, who was adopted and raised by her great uncle and aunt. The film examines the concepts of adoption and motherhood from a variety of lenses, figuratively as well as literally with expressive cinematography. As Kawase has said about True Mothers: “Everybody is somebody’s child; everybody has a mother who gave birth to them. And in this respect, the core of this story should touch people’s hearts. For therein lies the world’s beginnings, seen by a pure soul who believes that this world is genuinely beautiful.”

Further expanding on the themes from the film, Kawase and Puig will then discuss the concept of “Mothers and Film Making,” which will explore the universality of “motherhood” and film. Puig, an award-winning journalist and film critic, and currently the President of the Los Angeles Film Critics Association, will guide this conversation. With her celebrated career and extensive experience in the entertainment industry, Puig will provide great personal and professional insight into this topic.

Director Naomi Kawase
Born in Nara, Japan, Naomi Kawase graduated from Osaka University of the Arts in 1989. Her documentaries Embracing (1992) and Escargot (1994) received international recognition and were awarded at the 1995 Yamagata Documentary Film Festival. In 1997, she became the youngest winner of the Camera d’or for her first feature Suzaku, presented at the Directors’ Fortnight. In 2000, Firefly won both the FIPRESCI and the CICAE Prizes at the Locarno Film Festival. Then followed a series of feature films selected for competition at the Cannes Film Festival: Shara (2003), The Mourning Forest (Grand Prix 2007), Hanezu (2011) and Still the Water (2014). Sweet Red Bean Paste was selected as the opening film for the Un Certain Regard section at the Cannes Film Festival in 2015. Naomi Kawase has also been recognized for her accomplishments in documentary filmmaking. Among other honors, she has received the Carrosse d’or from the Directors’ Fortnight (2009) and was made a Chevalier de l’Ordre des Arts et des Lettres by the French Minister of Culture (2015). She was a member of the Jury headed by Steven Spielberg at the 66th Cannes Film Festival. Retrospective exhibitions of Kawase’s work have been organized all over Europe, including at the Jeu de Paume in Paris (2002). In 2010, she founded the International Nara Film Festival, dedicated to promoting the work of young directors.

Claudia Puig
Claudia Puig is a nationally recognized film journalist. She is President of the Los Angeles Film Critics Association and has been a movie critic on National Public Radio’s Film Week, on KPCC-FM, since 2005. She was the lead critic at USA Today for 15 years, and host of the USA Today video series The Screening Room. She also reviewed books during her tenure at USA Today. Before that Claudia was a staff writer at the Los Angeles Times for 11 years covering city government, courts and the entertainment industry. While at the LA Times she was part of a team of journalists that won the Pulitzer for spot news reporting of the 1992 Los Angeles uprising.

In 2020 she was Senior Programmer for the AFI Film Festival, prior to which she was Program Director for the Mendocino Film Festival, FilmFest 919 in Chapel Hill, N.C. and consulting program director for the Napa Valley Film Festival. In 2016, Claudia was a speechwriter and diversity consultant for the Academy of Motion Picture Arts and Sciences. She has been a featured guest on NPR's Morning Edition and All Things Considered, KCRW, NBC, CBS, CNN, MSNBC, Al-Jazeera and Mitch Albom’s syndicated show. Claudia is also a frequent moderator for film-related panels and Q&As, writes freelance articles and reviews and has a consulting business specializing in film analysis, curating, and diversity issues.

Claudia has covered the Sundance, Toronto and Cannes film festivals and has been a juror at dozens of film festivals around the world from Ashland to Zurich. She is fluent in Spanish, conversant in Italian and studied at Cambridge University and also at Universidad Ibero-Americana in Mexico City. Claudia has a B.A. in Communications Studies from UCLA and an M.A. in Communications from USC’s Annenberg School. In 2020 Puig won the Excellence in Entertainment Journalism award from the National Association of Latino Independent Producers (NALIP) and in 2017 she was the recipient of the Roger Ebert Award for Excellence in Film Criticism from the African-American Critics Association (AAFCA). She was recently featured in the Los Angeles Times as one of 14 film critics making media more inclusive and in Indiewire as one of 20 Latin Americans making a difference in American independent film.

JAPAN HOUSE Los Angeles is honored to offer a special screening of True Mothers, which has been selected to represent Japan for 2021 Oscar consideration in the International Film category. True Mothers, adapted from the novel by Mizuki Tsujimura, is a compelling story with unexpected twists about a couple, who after struggling with infertility, adopts a baby son. Their lives are disrupted when, six years after the adoption, the birth mother reappears wanting her son back.