The exhibition WAVE: New Currents in Japanese Graphic Arts presents the rich and varied work of 55 Japanese contemporary artists whose work includes drawing, painting and animation. Their creations extend far beyond the realms of manga and anime and represent a diverse and expressive art scene little known outside Japan. To mark the opening of the exhibition, JAPAN HOUSE Los Angeles presents an opening webinar to introduce some of the art and artists of this exciting new exhibition.

JAPAN HOUSE Los Angeles Art & Cultural Director Meher McArthur introduces selected works, main themes and some of the artistic styles featured in the exhibition. She is joined by the two exhibition curators (also featured artists) Kintaro Takahashi and Hiro Sugiyama. Takahashi works as an illustrator who creates images from his memory with a light, minimalist style. His work has appeared in several solo and group exhibitions. Sugiyama is an artist whose work includes figurative painting, super-realistic portraiture, abstract art, prints, photography and collage. He has shown in solo and group shows in Japan and internationally, including the 2001 exhibition Superflat at MOCA in Los Angeles. Jenny Kaori, who represents the new wave of graphic artists featured in the exhibition, is also present to offer her unique point of view. Kaori works in animation, character design, and apparel, typically using vivid colors and a playful aesthetic to depict the young people – usually strong young women – who inhabit Japan’s sub- and mainstream cultures. The conversation is followed by an audience Q&A session.

Kintaro Takahashi
Kintaro Takahashi (b.1955) studied graphic design at Tama Art University in Tokyo. He has worked as an illustrator in Tokyo, specializing in work with a delicate touch, typically portraying characters and scenes using minimal brushstrokes and pigments. Takahashi prefers to draw from his memory of his subjects, rather than directly from reality.

His work has appeared in numerous solo and group exhibitions, and he also plans, organizes and supervises art exhibitions including the WAVE exhibition in Tokyo and this JAPAN HOUSE touring exhibition.

Takahashi has also supervised several art books, including 70 CREATORS’ SEVEN (Ultra Seven 4th Anniversary Art Book) and works as an art director for television, including programs such as NHK E-Tele: Face Sign Lab. He is also a member of the handmade instrument art noise band Obandos, which has performed at festivals including Summer Sonic, held in Chiba and Osaka since 2000.

Hiro Sugiyama
Hiro Sugiyama (b.1962) is a Tokyo-based artist whose work includes figurative painting, super-realistic portraiture, abstract art, prints, photography and collage. In much of his work, he explores points of intersection between dualities—life and death, reality and unreality, abstract and concrete, digital and analog—expressing the narrow space where opposites meet.

Over the past decade, Sugiyama has held regular solo exhibitions in Tokyo galleries including Hiromi Yoshii Roppongi, AD Gallery and WATOWA Gallery. He has also been featured in solo and group exhibitions in Shanghai, London, Italy, Germany and South Korea, and he was one of nineteen Japanese artists spotlighted in the 2001 Superflat exhibition at the Museum of Contemporary Art in Los Angeles. He has also published numerous books including Abstract Portrait (2011), Vision Quest (2005) and Out of Science (2002). He is an organizer of the WAVE exhibition in Tokyo and a curator of this JAPAN HOUSE touring exhibition.

Though typically rendered using a playful, cute aesthetic, the girls in her illustrations overflow with attitude.

Kaori has worked with Shibuya-based fashion brand, galaxxxy, and has collaborated with Betty Boop, FLCL, Adobe & FUJIFILM. She has also worked with the k-pop group EXID, and in 2020 she created four bold new designs for adidas. She has exhibited her work in WAVE 2019 and WAVE 2020 in Tokyo, and her work has been published in ILLUSTRATION 2016 (Shoeisha, 2016), Fashion illustration: Outfit of the Day (PIE Creators' File Series, 2020) (Japanese Edition), New Retro Illustration (Pie International, 2020) and Roller Derby / Girl Gang: An Art Anthology (Schiffer, 2020). 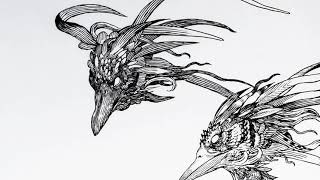